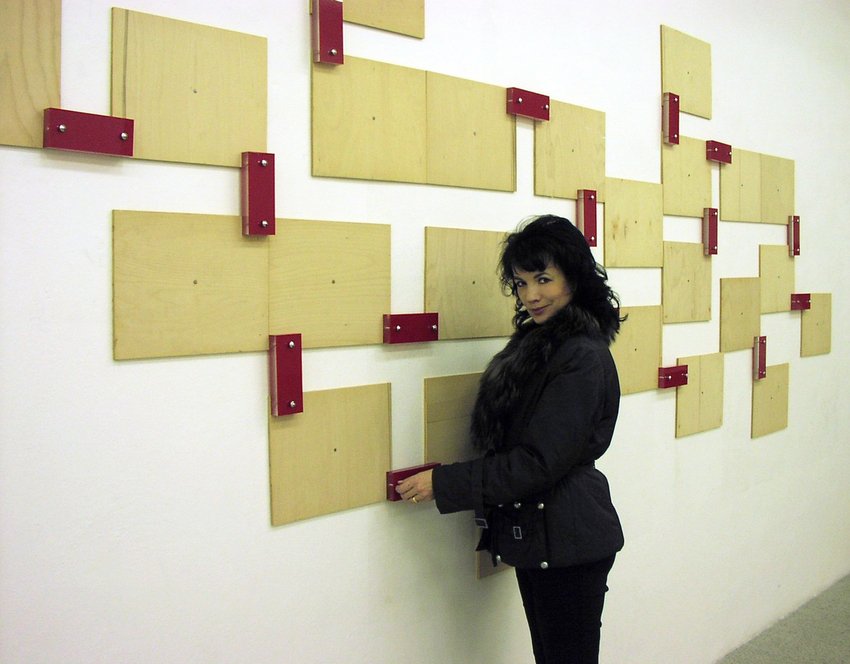 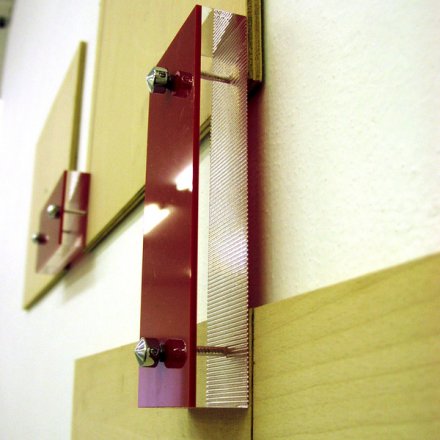 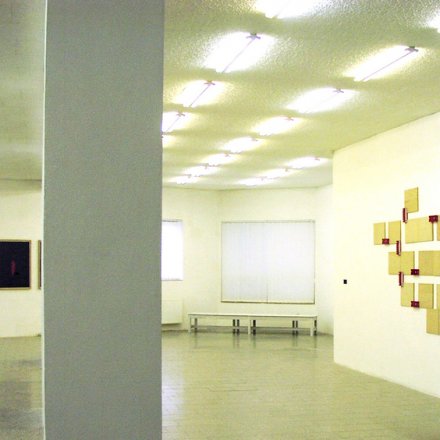 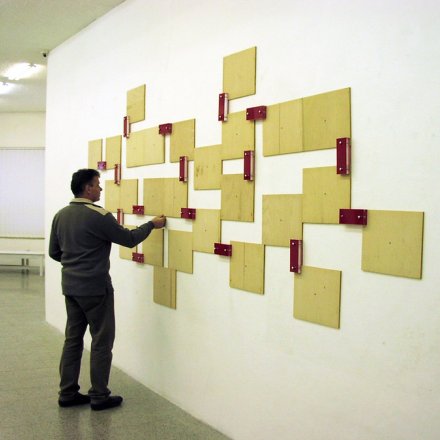 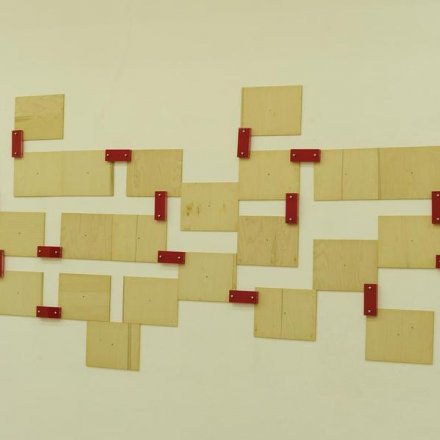 Three-dimensional variable object on the wall represent a never ending structure, composed of rectangular plywoods and thick glued laminated two colours structured plexiglasses in which Irena Jůzová works with the principle of chance and develops a game based on consideration of the formation of an infinite number of combinations. She works with the concept of mutual substitutability of elements when instead of one element is put other and plays a different, but equally valuable endless game. The work calls for accepting openness and never-ending changes, which is the essence of the living and endless developments.

Irena Jůzová - We Like Them More than Gems, They Are Dearer to Us than Gold